A page full of photos of fish i have caught or had the chance to photograph over the years. Its not a complete list of UK species and more will be added as and when i encounter them!
Anglerfish - Lophius piscatorius

9 species of bream can potentially be caught in UK waters - Red, Black, Gilthead, Couch's, Rays, Pandora, Axillary, Saddled and White Bream. Those most likely to be encountered whilst fishing are Black, Red, Gilthead and Couch's. 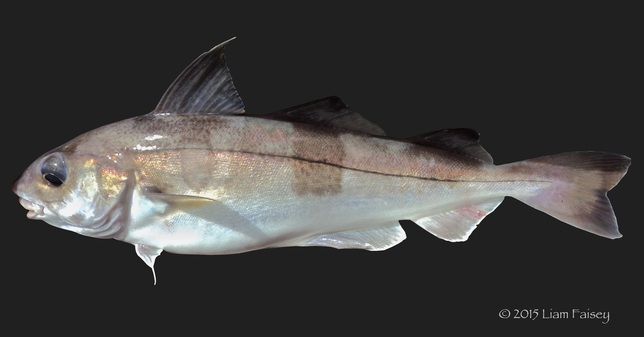 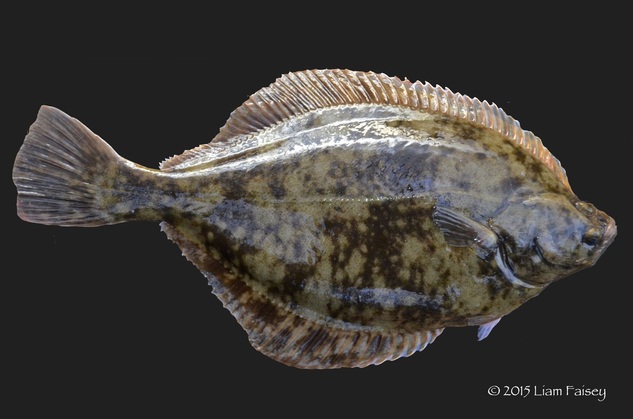 Flounder are usually right eyed but some individuals can be left eyed as shown by the photo on the left hand side - i have always called them 'Flip Flounder'. Flounders are usually pale white on the underside but some individuals can have brown coloration on both sides. The centre photo and right side photos show a 'double-sided' Flounder. Flounders can often have bright orange or red spots on the eyed side and this can often cause them to be wrongly identified as Plaice but Flounder can be identified by the rough tubercles located along the lateral line which are not present in Plaice. 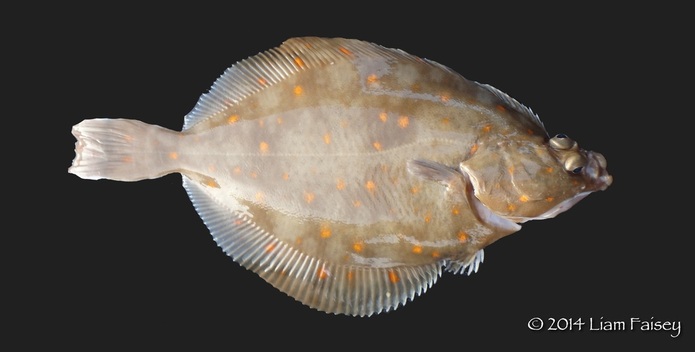 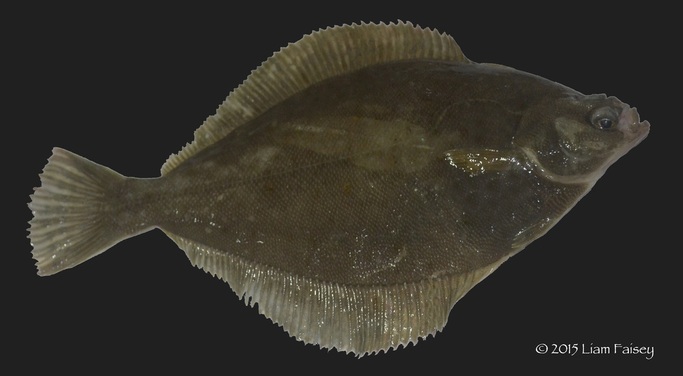 
Sometimes can be confused with Flounder - Dabs have a highly curved lateral line around the pectoral fin which in flounder remains fairly straight. 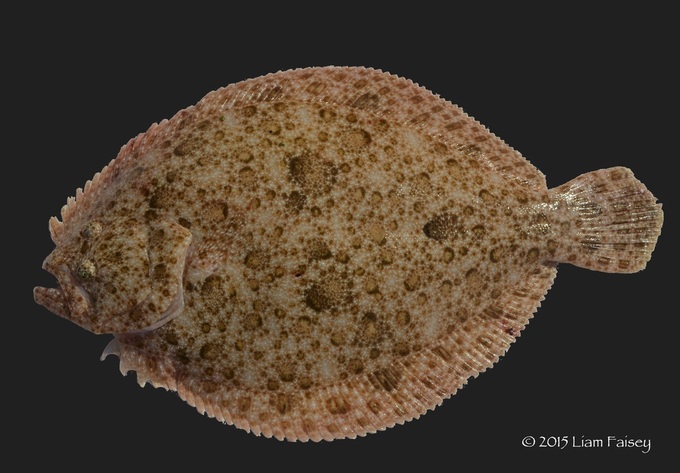 
Sometimes young Brill can be confused with young Turbot - Brill have a more round elongate body than the diamond shaped Turbot. 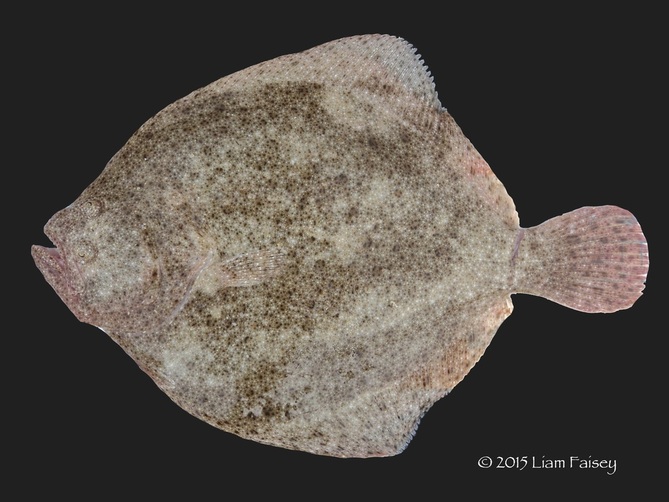 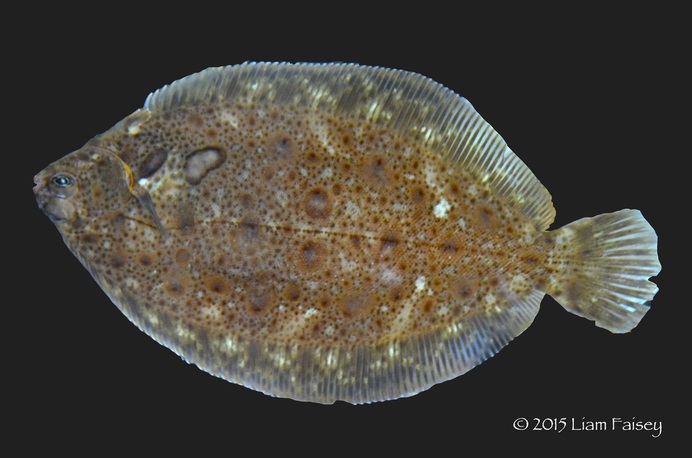 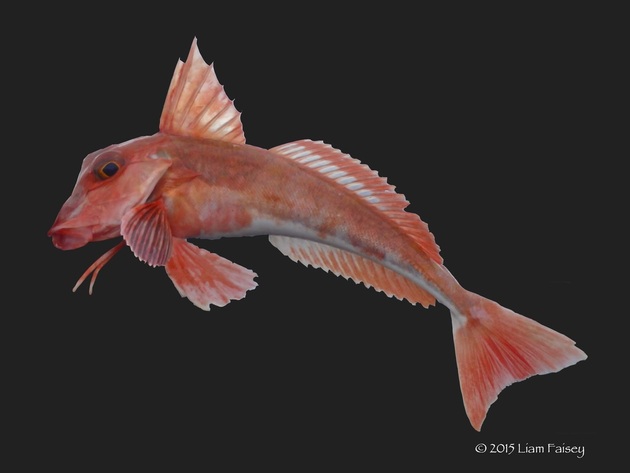 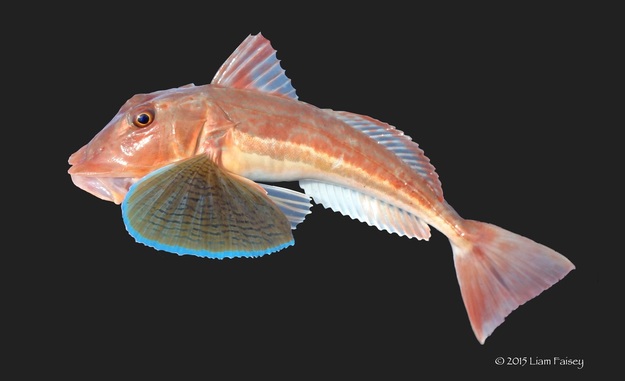 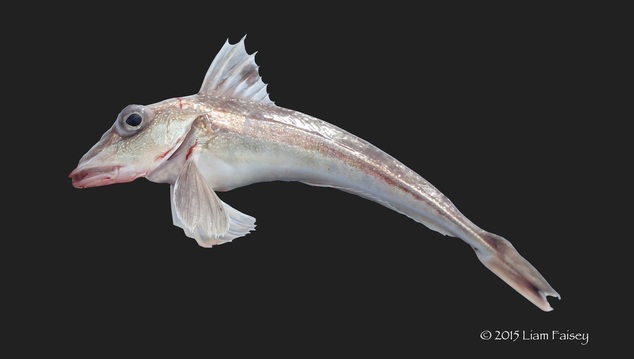 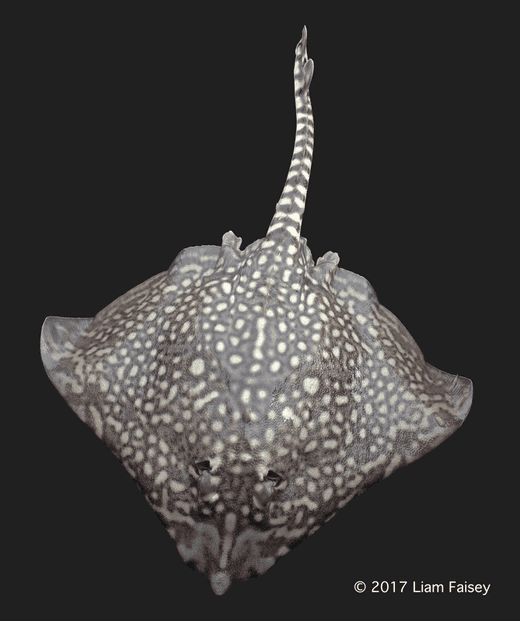 
Colouration and patterns can sometimes be drab on Thornback rays in some areas but are often well marked as shown in the photo. 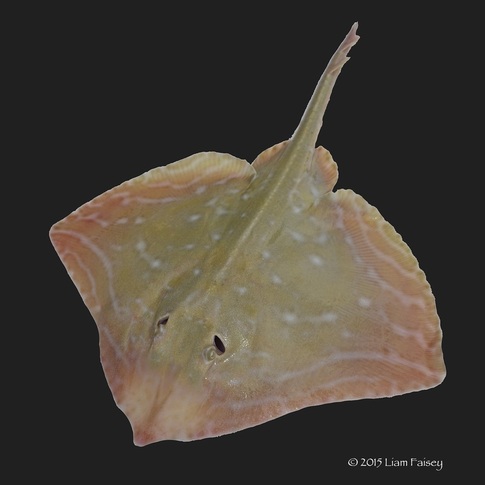 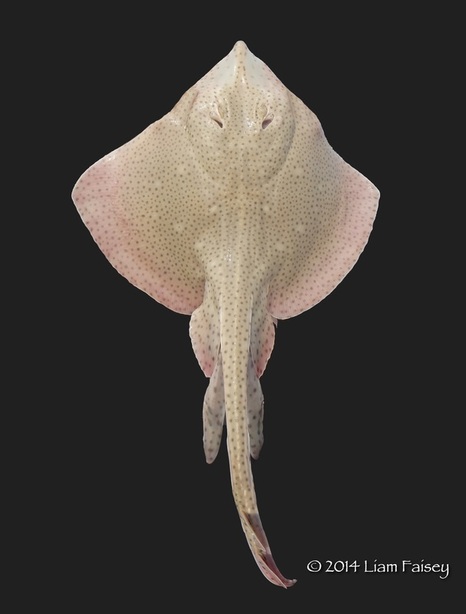 Female Baillons Wrasse look similar to a female Corkwing Wrasse. Baillions Wrasse have a dark spot about 2/3rds of the way along the dorsal fin and at the base of the tail - just visible in this specimen. The facial markings are different to that of a female Corkwing and the urogenital papilla (the egg laying part) in a Baillons is black/grey whereas it is blue/purple on a Corkwing. Male Baillons wrasse have a different colouration to females with pink/red fins and turquoise and pink facial markings and spots.
Rockcook Wrasse - Centrolabrus exoletus
Goldsinney Wrasse - Ctenolabrus rupestris 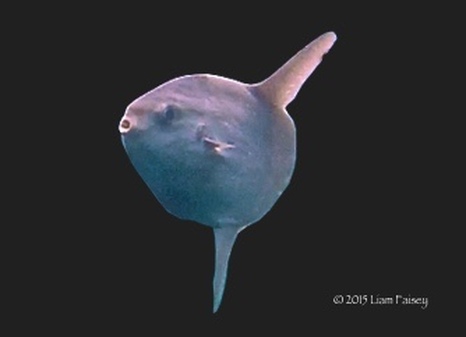 A summer visitor to UK waters and can often been seen swimming at the surface or laying flat on it side waiting for gulls to come and peck off parasites - a fascinating relationship if you ever get the chance to watch this happen - see my marine life photos for a sunfish being 'cleaned' by a gull.

It is a protected species and if caught must be returned dead or alive. 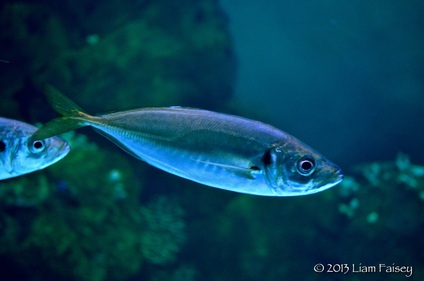 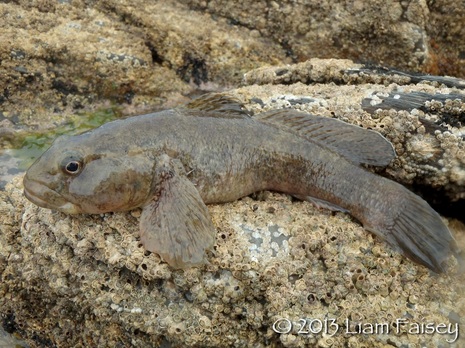 A large species of Goby which is particularly rare in the UK with its northern range just reaching up into Devon. Can be found at a few sites in Devon, Cornwall and the Isles of Scilly and could potentially be caught whilst wrasse fishing or lrf fishing.

It is a protected species and if caught must be returned dead or alive. 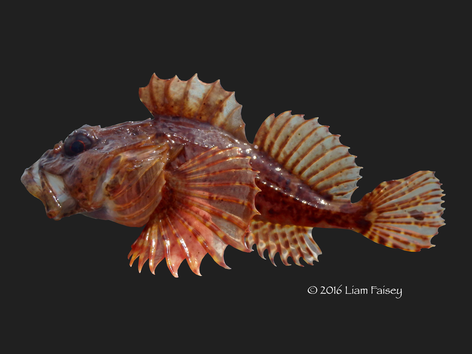 
Not poisonous even if their common name suggests otherwise!
Greater Pipefish - Syngnathus acus

All photos used on this site are owned by Liam Faisey unless otherwise stated.
If you would like to use any of my images please contact me first, unless they already contain copyright information - if an image is used please ensure copyright statements are not cropped out and are fully and clearly legible to viewers.